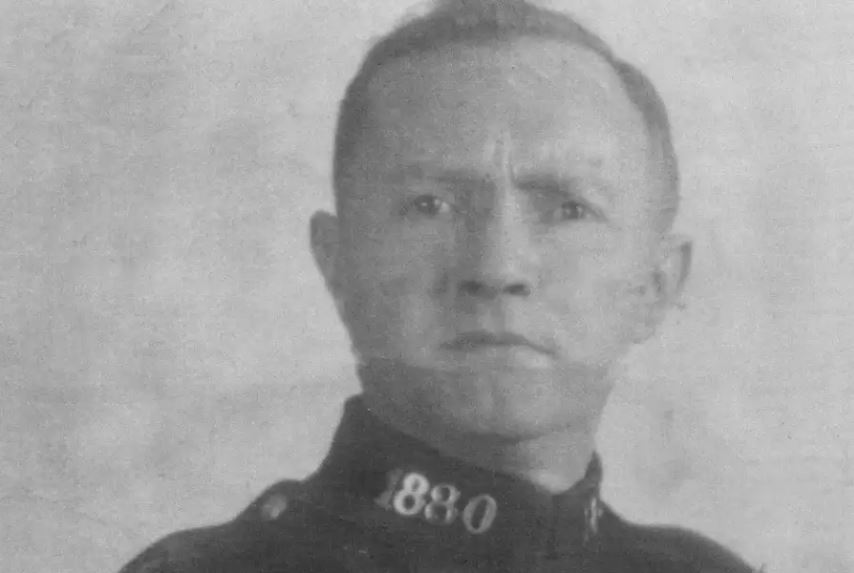 A plaque has been unveiled at a historic fire station in memory of a Leeds firefighter who lost his life defending the city from air-raid fires during the Second World War.

Solomon Belinsky, a Russian-born upholsterer from east Leeds, was one of 3,847 men and women who volunteered for the city’s Auxiliary Fire Service in 1940, serving at his local fire station in Gipton. Leeds suffered nine air-raids over the duration of the war with its heaviest on the night of 14 and 15 March 1941, when 40 bombers attacked the city centre. The assaults destroyed around 100 houses killing 65 people.

Research by Leeds Beckett historian Shane Ewen has revealed that just after midnight Belinksy turned out with his Gipton crew to Park Row where they tried to save the city’s museum after it was hit direct. However, Belinksy was injured by a falling bomb and died 17 days later. The official cause of death recorded as ‘Death from Enemy Action’. He left a widow, Rachel, and four children, one of whom, Anita, also joined the AFS and served in Hull. The following month, the government nationalised the fire service to provide an improved nationwide system of fire protection. In total, 818 firefighters (including 25 women) lost their lives during the war. Their names have been recorded on the National Firefighters Memorial outside St. Paul’s Cathedral in London, and are remembered every May as part of Firefighters Memorial Day.

Mr Ewen said: “Volunteers made up an increasing number and proportion of firefighters during the war, swelling the membership of the Fire Brigades Union to 66,500; many stayed on to help transform the service into a modern profession after the war. “Men and women like Solomon Belinsky risked their lives to help make the fire service an indispensable arm in the country’s civil defence; they heroically fought fires while bombs rained down upon them.”

Belinsky’s contribution to the city’s wartime defence is being marked by the erection of a plaque at The Old Fire Station, Gipton, which is now a community hub.

Neil Carbutt, secretary of the FBU in South Yorkshire, said: “As firefighters we know our history and we never forget the bravery and sacrifice of our colleagues past or present. Solomon Belinsky gave his live serving his community, as so many firefighters have done, and this Red Plaque will help to ensure that his courage and service is recognised and never forgotten.”