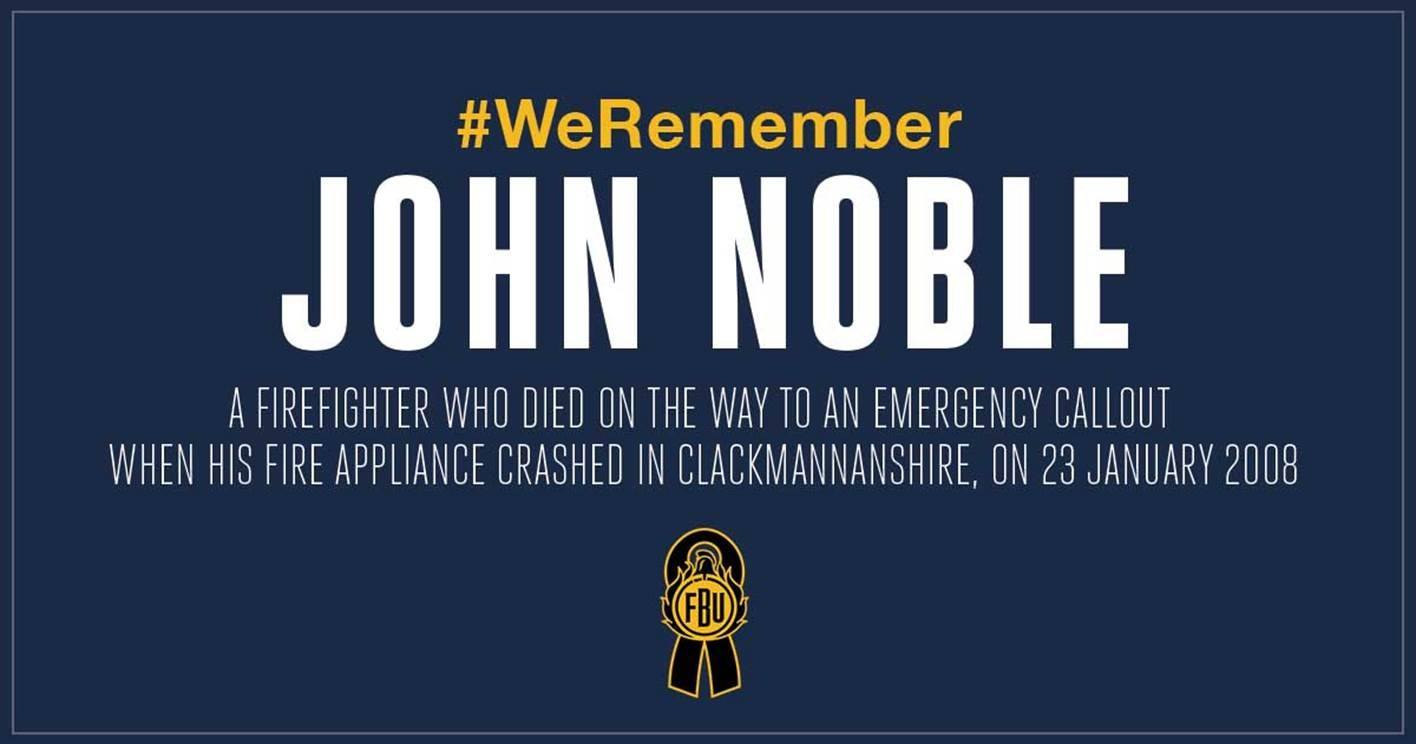 A red plaque, in memory of Watch Manager John Noble, who died in the line of duty, will be unveiled this Wednesday. The fire appliance John was travelling in whilst attending an emergency call at Strathdevon Primary School, Dollar in Central Scotland was involved in a fatal collision outside Tillicoultry on 23 January 2008.

The red plaque scheme is run by the Fire Brigades Union (FBU) and aims to honour firefighters killed in the line of duty. It is funded solely from proceeds of the Firefighters 100 Lottery.

Denise Christie, regional secretary of the FBU in Scotland, said: “John’s death was a tragedy that every firefighter felt. The Red Plaque scheme is a fitting tribute to the ultimate sacrifice John paid in the line of duty. We are honoured to have John remembered in this way and our thoughts are very much with his family, friends and colleagues on this anniversary.”

Following the speeches, the plaque will be unveiled at Strathdevon Primary School, 17 Park Pl, Dollar by Lorraine Noble.

The event will start at 2pm with speeches from Denise Christie FBU Scotland Regional Secretary, LSO Roddie Keith on behalf of the Scottish Fire and Rescue Service and Watch manager Alan Faulds who worked with John.